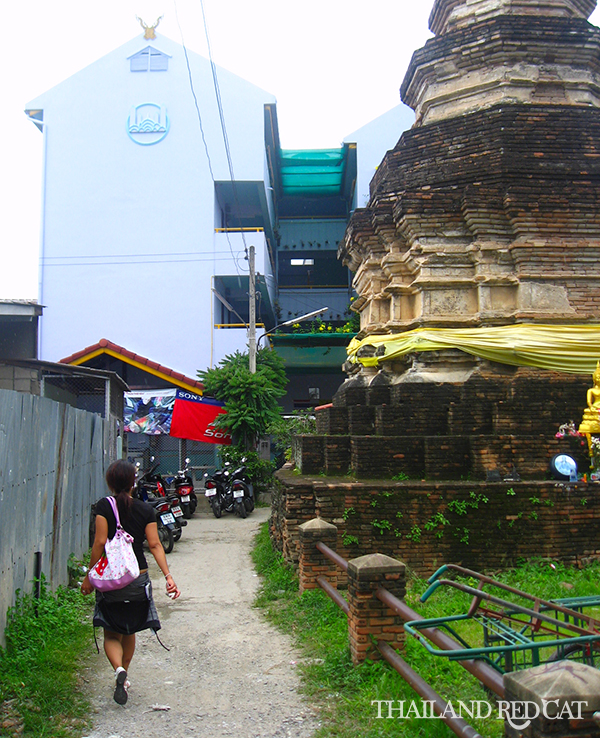 “Sorry sir, your room for one person only”, the Thai guy at the reception of your hotel says with a stupid smile on his face, while you stand next to him hand in hand with a 22-year old Thai girl with long black hair, a great butt, unusual big breasts, perfect light tanned skin and extremely charming and lovely.

You have just met that girl 3 hours ago in one of the girly bars on Loi Kroh Road and had a lot of fun chatting and joking with her, playing pool together, and getting close to her while dancing to the music. And of course you have also bought her a couple of lady drinks in addition to your own Singha beers. Eventually you couldn’t resist the temptation (and boner in your pants) any longer and asked her if you can pay her bar fine to have sex with her all night (long time) back in your hotel room.

Of course she said yes and you paid the bill for your drinks, her drinks and the bar fine. And now that.

This is the scenario you should try to avoid when in Chiang Mai: You meet a hot Thai girl that you want to spend the night with, and just as you walk through the lobby of your hotel the staff holds you back. Because they don’t allow any guests.

Then it also doesn’t help if you show him your booking confirmation where it clearly says “Max Occupancy: 2”. They will usually say “Thai people cannot” or something like that. A lot of hotels in Chiang Mai are a little bit over-cautious and careful about the tidiness, cleanliness and safety in their hotel and therefore don’t want any hookers entering their rooms. Sometimes they just want some extra money though and ask for a so called “joiner fee” of up to 1,000 Baht.

I have experienced that situation myself when I first came to Chiang Mai eight years ago. I had actually spent the night in the apartment of a girl I met in Spicy, and then the following day after lunch I invited her to my room because it was nicer. When we arrived there were three hotel staff at the reception and they made a face as if I had a dead and smelling dog on my bag. The oldest of them forced himself to give us a put-on smile and explained that they don’t allow any guests. I explained him that she wouldn’t sleep there – we just wanted to hang out and watch TV for a few hours (which was even part of the plan). But whatever I told them – they denied. So we had to drive all the way back to her apartment to spend the afternoon in the bed together. Lucky for me in that case, because often the girls stay with their friends (or even boyfriends) and you cannot go to their place.

Lesson learned: Whenever you go to Chiang Mai (or any tourist city in Thailand really) you should not only make sure that your hotel has a good location and value-for-money, but that it’s also guest-friendly so you can bring girls back to your room without them stopping you or requesting a joiner fee.

Here is a list of five of the best hotels for girls and sex in Chiang Mai – three of them are in the Old City, and two of them are outside the old city walls. They all have a good location and different reason to stay at:

That’s where I usually stay when I visit Chiang Mai. I took the photo above on my stay there last month, like you can see their double bed rooms were fully booked at that time, but the twin room “worked” as well, I think you know what I mean. The TCH Hotel has a fantastic location in the center of the Old City, just 150m from Wat Chedi Luang away, which is the most famous temple in Chiang Mai.

The rooms are great value, starting from about 1,000 Baht per night for their double or twin rooms, the WIFI is fast, they have free snacks and drinks downstairs in the lobby all day long, and most importantly: They are guest-friendly. In fact, they usually just leave their main door unlocked at night and there is no one sitting at the reception who will hold you back walking through to your room with your girl.

The De Lanna Hotel is one of the nicest hotels not just in the Old City, but in all of Chiang Mai. It has an idyllic surrounding with a garden and pool. It’s all laid back and quiet here, but you are still right in the heart of Chiang Mai with a lot of restaurants, bars, massage salons and daytime attractions just a short walk away. They have no problem with you bringing a girl back to your room, but they will ask her to leave her Thai ID Card at the reception, and if she wants breakfast the following day she (or rather you) would have to pay 250 Baht. 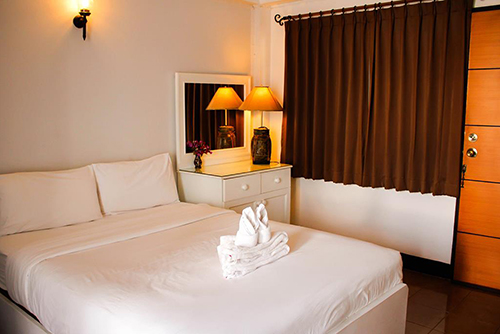 If you are more on a budget then the CM Apartment might be a good choice for you. The rates for their single rooms already start at 669 Baht. Hard to believe that they even include breakfast in this price. This hotel doesn’t really have a lot of amenities and there is no rooftop area like in the TCH Hotel (see above), but it’s all extremely tidy, clean and functional. The location is also fantastic – it’s right around the corner of Zoe in Yellow which is probably the best place to meet girls in Chiang Mai at night.

Best Hotels outside of Old City 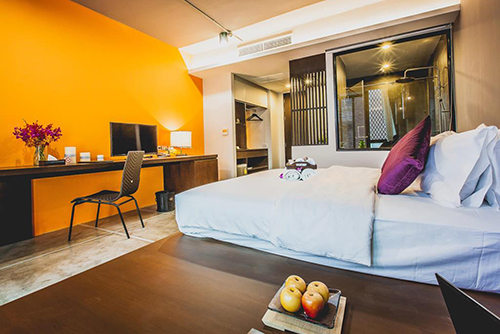 If you plan on partying every night, then you might want to consider staying on Loi Kroh Road – the area with the best nightlife for tourists (lots of girly bars, massage salons and restaurants). One of the most popular hotels on that street is the Nap In Chiang Mai Hotel. If you meet a girl in the Chiang Mai Entertainment Complex and tell her that you stay there, she will probably want to go there right away, and it’s well possible that she will even lower her price for sex because of the great experience to spend a night in this hotel. Everything in this hotel has a great standard, and you will probably enjoy the rain showers in your bathroom. 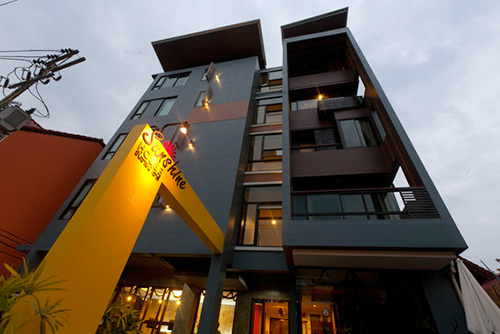 I used to stay there during my first visits to Chiang Mai before I switched to the TCH Guesthouse which has a better location. I just checked the room rates at the Sunshine House on Agoda and it’s still only 600 Baht for their double bed rooms. That makes it the best value-for-money hotel in Chiang Mai in my opinion. It’s actually quite a new building and everything in this hotel is clean and good standard. Also good water pressure in the shower which is not always the case in this town. Yes, the location is not quite as good as the other hotels on this list (northern part of Chiang Mai), but I would recommend you to rent a scooter anyway so it doesn’t really matter if you drive 5 minutes longer. And yes, they are bar girl friendly, too.