If you really take the trip to Phang Nga, a beautiful small town surrounded by massive limestone hills, you’ll soon notice that most of the sex workers from the north rather go to the more touristic places. Phang Nga is everything but a typical western tourist destination in Thailand and during the three days I drove around the city I saw less than 10 Farangs combined. 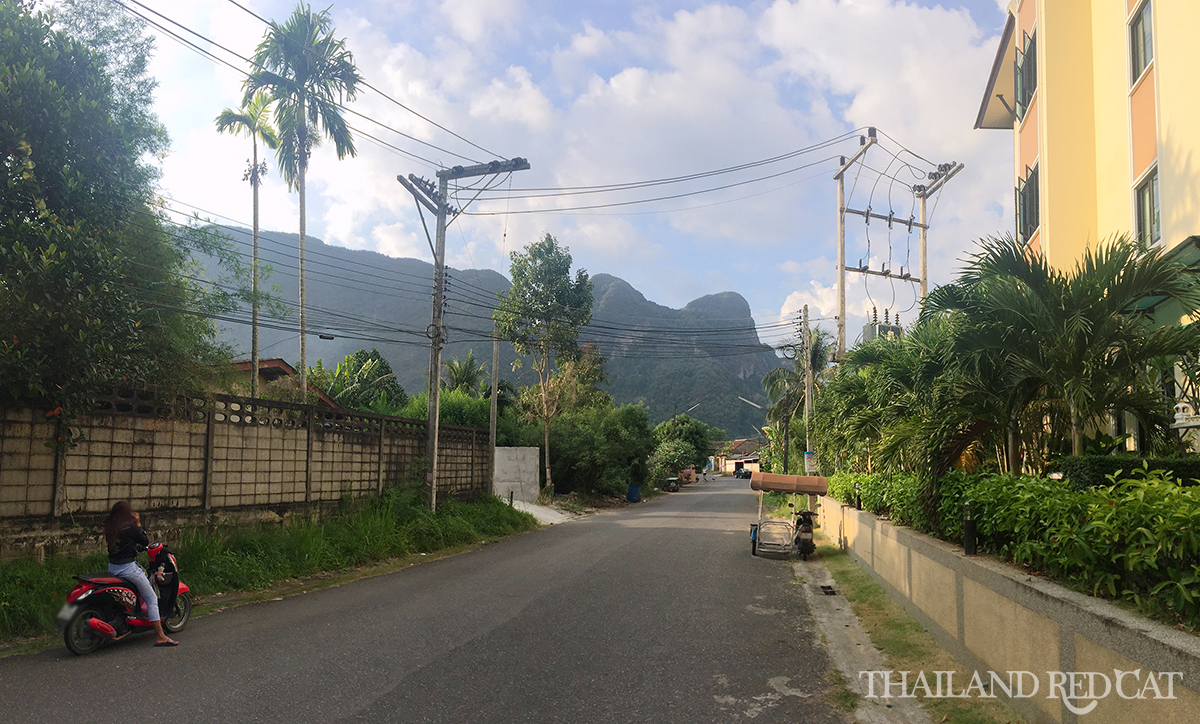 Yes, there is still some nightlife in Phang Nga, but don’t expect to find any Farang-oriented beer bars or go go bars. Instead, prostitution takes place in the numerous karaoke bars and massage salons.

The kind of girls you will find in these establishments are usually average looking southern Thai girls (mainly from Phang Nga, Surat Thani and Nakhon Si Thammarat) as well as older Isaan girls that wouldn’t make a lot of money in neighboring Phuket with lots of more attractive competition.

So without further ado, this is what Phang Nga has to offer after sunset: 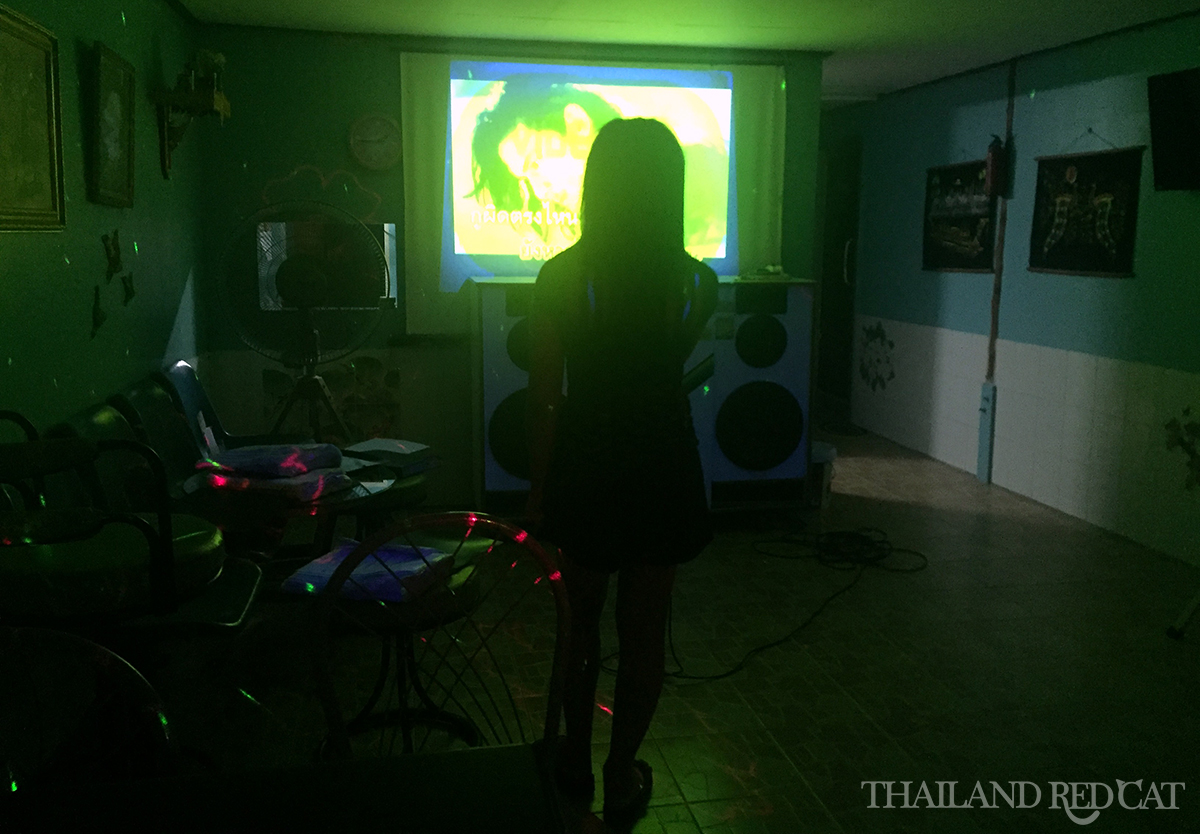 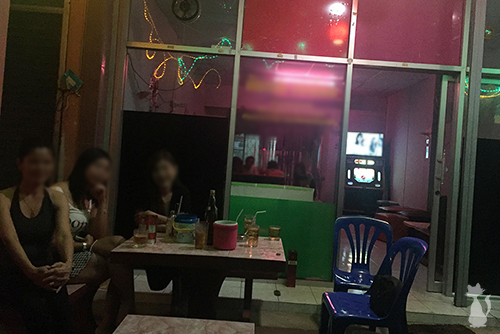 Karaoke bars are the Thai version of the beer bars for foreigners. It basically works like this: You sit down and order a beer. It won’t take long until one of the girls catches your attention and asks if she can sit down next to you (alternatively one of the older ladies, also called mamasan, asks you if you would like some company and you can make up your choice). You then just pay drinks for the girl so she can sit next to you.

Unlike in many other provinces, there is no hourly rate and no separate drink prices for the girls. You can basically just order a couple of beers for both of you (like 120 Baht for a big bottle) and all is good. Oh yes, and if you really want to sing a song, they usually charge 5 Baht per tune.

There is one karaoke bar in downtown Phang Nga (see map below), but most of them are out of town so you’ll need your own motorbike to get there (no taxis whatsoever). The biggest cluster of karaoke bars can be found around the Phu Nga Hotel (the last time I’ve been there, there were eight different bars). The great thing about them is that they have “massage rooms” upstairs and that’s just their expression for short time room. You often get asked by the mamasans before even entering the place if you would like to take one girl upstairs for 1,300 Baht (I guess she takes 300 Baht while the girl receives 1,000 Baht).

I was surprised as even though there is a university in Phang Nga, when it comes to bars and just places to hang out with friends, there is surprisingly little to find. Most popular places for the young local Thais and tourists alike to go out at night are actually more like restaurants – and one of the most popular places in this category would be the atmospheric Ku Hu in downtown Phang Nga:

Make sure you come here for dinner and try their signature dish “Fried Garlic Pork with Rice and Egg from Grandma” and honey toast for desert. Their pizzas (225 Baht) are quite decent too, given that this is a pure Thai place. 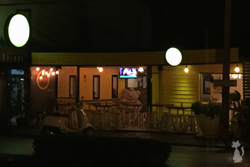 Right across the street from Ku Hu is Low Life (right picture), a mix of cafe and bar. Popular place among the locals, but the wooden stools are just too small and not really comfortable to drink beer for hours.

Other popular bars in Phang Nga include Seventy on Soi Borirakbamrung, known for their nice cocktails and “lao ban” (alcohol shakes) and live music, as well as a couple of spacious outdoor restaurants next to each other on Thetsaban Bamrung Road, also with live music. There are only two night clubs in Phang Nga and even these are half open-air. The number one place for the young locals to party at night is Klong Nga Ban Pleng, about 3km from the town center so you definitely need your own bike to get there.

Klong Nga Ban Pleng has the typical Thai night club setup with no dance floor, but instead lots of tables where groups of friends sit down and open a bottle of whiskey while chatting, playing on their phones and listening to the live band playing Thai pop and rock songs in quite high volume.

The other nightclub in Phang Nga and a little closer to the town center (1km from Klong Nga Ban Pleng) is called Morgaen. It’s somewhat smaller, but got a similar sized stage for the live band. Come here after midnight, and you can meet some of the hottest girls in Phang Nga – but don’t expect them to make the first move (just like in the other club).

If you walk along Thetsaban Bamrung Road (one of the main streets) you will find about a dozen of typical happy ending massage salons. Don’t expect the girls to sit outside though and yell at you “hey, handsome man!” like in Phuket, just don’t be shy and step into a place and check out the selection of ladies.

Ask them politely how much for a massage (even though you already know it’s 200-300 Baht for a Thai massage and 300-400 Baht for an oil massage) while making up your choice on whether you want to pick one of them or just head to the next salon further down the road. Hand jobs are offered in most of the places illustrated on the map below. Enjoy.

Unfortunately, there are currently no soapy massage parlors in Phang Nga.

Map of Nightlife in Phang Nga

I would recommend you to stay two nights in Phang Nga. That’s enough to see (or do) it all, both during the day and during the night, before heading west to the more happening beach town of Khao Lak in the same province.

Videos of Nightlife in Phang Nga