What Do Thais Think about Farangs?

The reason we all love Thailand is because everything is just so different here compared to our home country. The weather, the nature and most important the culture, the lifestyle and the people. We just love Thai people for their open-minded, friendly, helpful, happy and optimistic attitude. Yet there are some huge cultural differences between Thai and Western society, we don’t complain about them too much as the positive things in Thai culture by far outweigh the negative things and make us enjoy living in Thailand like in no other country in the world.

However, you also have to look on the other side. The view towards us, Farangs, from the Thai people. There are far more foreigners visiting or living in Thailand than Thai people abroad and getting to know different cultures and lifestyles and while that doesn’t describe a problem yet it’s more the reason for some kind of confusion Thai people have about foreigners. The question then is:

What do Thais think about us Farangs?

Most obviously we seem to be totally different for Thai people just alone by the way we look like (skin, hair, eyes, stature) and the fact that we (on average) have more money than them. But that could be said about people in any developing country. There’s something different in Thailand.

If you have ever been to Thailand even just for a short two week holiday you highly probably have come into situations talking to a Thai person who at some point laughs and goes to his / her friends, tells them what you just said and they are all starting to laugh. These are just some small everyday cultural clashes and that’s nothing compared to the bigger things, the main reasons why Thai people think Farangs are weird and the most important ones are the following:

It’s really a phenomenon. Usually if foreigners decide to permanently move to another country, learning the local language is the single most important thing for them in order to understand the country’s culture and get accepted in the social life. However in Thailand I would estimate that more than 80% of foreigners who are permanently living here are not fluent in the Thai language.

I asked foreigners several times if they can speak Thai and usually when their answer is no they justify it with being too old to start learning or no matter how old they are it would just be too difficult. And then I’m just thinking if they spent half as much time in the bars and instead sitting on some awesome beach with their book and studying Thai for just half an hour a day they would be surprised how much Thai they are able to speak within just a few weeks.

Sure the five tones are a bit hard at the beginning, but that’s just a matter of time till you got it down (6 months in my case) and there isn’t much about the grammar at all. But with this attitude of not taking any effort it is no surprise that Thai people think Farangs are weird if they live in their country for months and years without taking any effort to learn their language.

I don’t know how many guys come to Thailand every year just for picking up some cheap hookers but we all know it’s a lot. While there’s nothing wrong about being attracted and hanging out with as many hot Thai chicks possible (it’s not different with me) there is certainly a problem if Thai people see most male foreigners just landing at Suvarnabhumi airport and heading straight to the red light districts of hubs like Bangkok, Pattaya and Phuket.

The result is that Thai people perceive male Farangs (and that’s the large majority of foreigners visiting and living in Thailand) as merely interested in sexual experiences with their women rather than really exploring this amazing country. They see far more foreigners hanging out on Walking Street and Cabaret Shows in Pattaya than at WWII sites around Kanchanaburi or the temples of Siam’s first capital, Sukhothai. 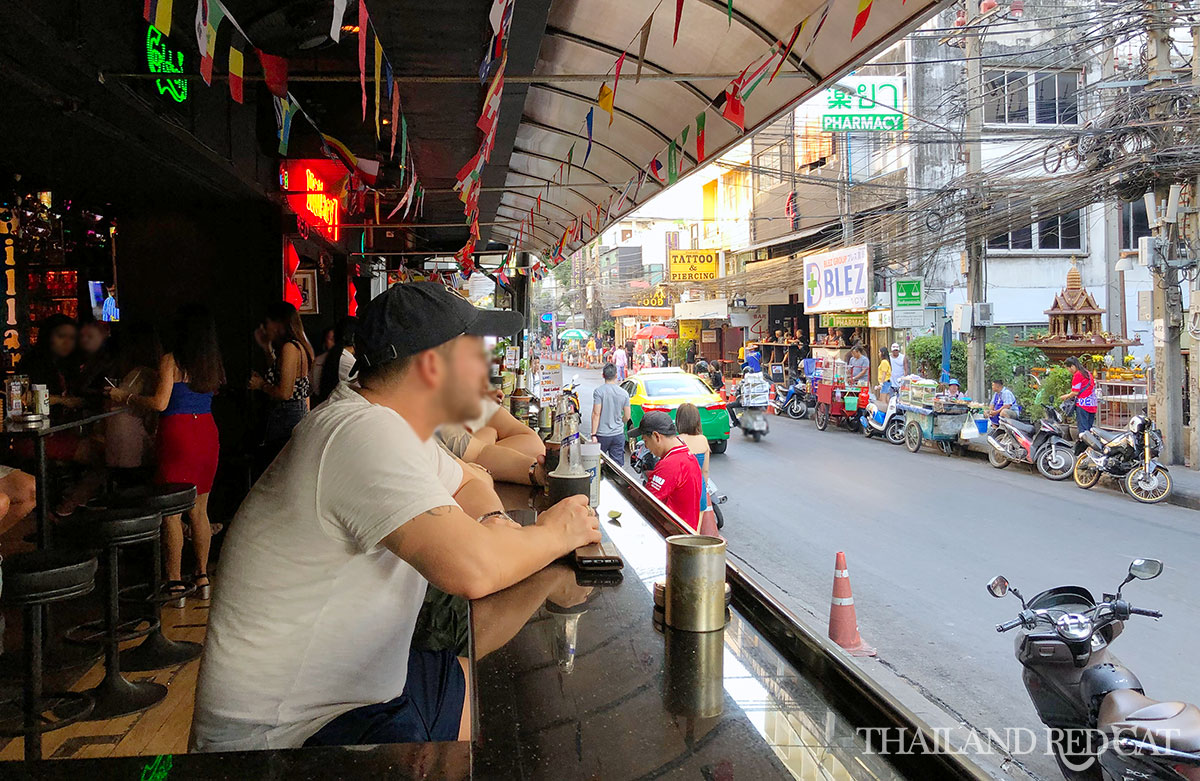 Another reason Thai people think Farangs are weird is because they show affection with their beloved ones in public. Showing affection doesn’t mean just hugging or holding hands, it’s especially the kissing that is a taboo in Thai society and should only be practiced privately at home. While you do see some young Thai couples holding hands in public nowadays that’s still the exception and kissing and touching lovers in public will always be a no-go that only weird Farangs with bad manners do.

Even though it doesn’t happen too much as foreigners coming to Thailand are usually aware of it, keeping face in Thailand is more important than anything else in public life. Means if you have an issue with someone you should not scream at him on the street and start arguing, insulting and making him “loosing face” in public. Still, often when foreigners become too serious and annoyed of something they start arguing with their Thai friend in public instead of smiling, calming down, accepting how it is (“and saying sabai sabai and two weeks later stabbing a knife into his back”, a friend of mine once described it) this is another reason why Thai people think we are weird.

Then there are all these other small cultural differences between Thai and western society (dressing inappropriately, pointing with the finger, touching someones’ head, walking over a lying person etc.) that add up to the image Thais see of a sex tourist who is showing affection in public, makes someone losing face in a dispute and not even taking any effort to learn their language and still, for the most part they give it a smile and just accept that we are different so that we can have a great time in Thailand.