How To Deal With Angry Thai Girls 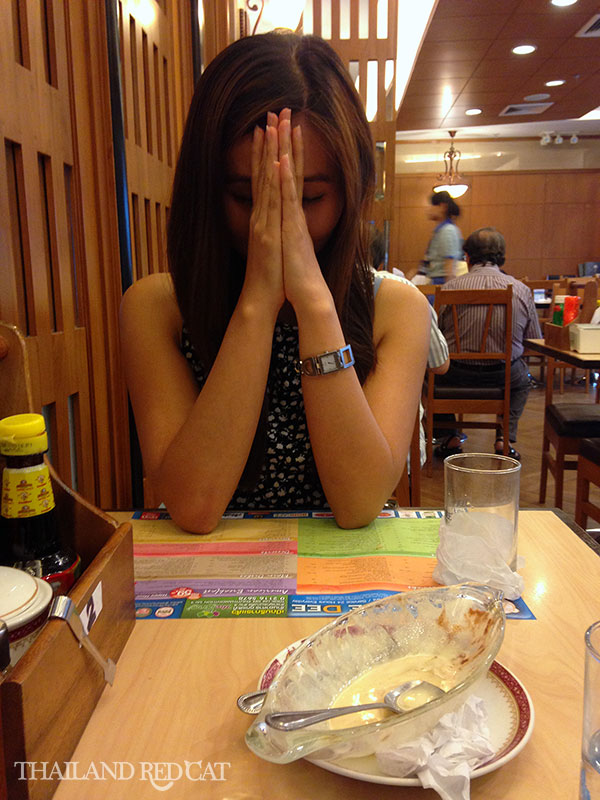 It is pretty difficult to make Thai girls really angry as they usually give minor problems and conflicts just a smile and don’t bother about it. Like you left the toilet seat up, come late to an appointment or don’t respond her messages for a few days. Often they don’t really care about these “little” things and that’s just one of the many reasons why Thai girls are better than Western girls.

But then of course you do come into situations where she does get angry, let’s say she figured out you have been lying to her or that you have several affairs (what Thai call Giks). You can see it this way: It does really take a lot to make Thai girls angry but if they are, they can get pretty damn furious.

You can imagine that I have come into this situation quite a few times and as with many other aspects of life in Thailand it’s about experience, learning how to deal with angry Thai girls. While there are some general tricks that usually work there are special situations that just require different approaches. Here are my best tips for you to handle conflicts with angry Thai girls:

Plan A: Ignore her

Sometimes saying nothing and just ignoring the accusation of your Thai girl is the best solution to go over it. She will think that you know what she’s talking about and feel guilty. She won’t drag on the topic for hours though as she knows that you’re not going to talk about it.

Plan B: Change the topic

This may be the most effective way to deal with an angry Thai girl. While simply changing the topic will make the conflict even worse with Western girls, this is what usually works fine for me with Thai girls. I figured it’s best to ask her a question like if she’s done the laundry yet or what she wants to do tonight and she will usually forget about what she is angry about. Like this you take advantage of something I learned during my first months here in Thailand: Thai people have problems focusing on what they are doing and can easily be distracted.

Now if ignoring or changing the topic doesn’t help, you should try to play down the issue. Maybe you didn’t even know that you have done something wrong? A good excuse you can give your girl is claiming that it’s done a different way in your home country so you didn’t think about doing anything bad. Usually she will understand as she highly probably doesn’t know how things are done in your home country.

Only if plan A, B and C didn’t work you should apologize for what you’ve done wrong – if you have done something wrong, otherwise stick with plan C of course. Thai girls will always accept your apology unlike Western girls that need a few weeks to think over it or try to get something out of it. Be careful though and only use the word “sorry” if you have done something really bad like having banged her friend. Like this she will know that you really regret what you did as you usually don’t say sorry with smaller issues.

If none of the described alternatives to chill your Thai girl down works, you don’t have another choice but to simply run away. Running away doesn’t have to mean verbally, but physically! Yes you heard right Thai girls can get so furious and mad at you that you should run away from her. I had this situation twice during my first year in Bangkok.

An Isaan girl twelve years older than me that I had dated for five or six weeks always treated me like a small baby, especially while playing pool she tried to give me lessons and tell me that I don’t think ahead. That night in Gulliver’s Khaosan we were playing each other at prime time, just on this single table where everyone watched at like 11pm. I won. As usual she couldn’t take it and again started with things like I was lucky and still have to learn a lot. We had some other differences as well but anyway, it wasn’t the first time that I told her that I have enough of her but this time I was serious and she knew it. I took my glass, went to the other end of the bar and after two minutes a girl started talking to me. She was quite cute so it didn’t take much to break the ice and have a nice conversation. After I saw my ex a couple of times watching us she actually took her bag and came to us. The other girl stepped away. My ex pointed her finger at me and started shouting mad things at me. Most of the people in the bar were watching the scene. I tried to calm her down according to plan A-D but it didn’t help, she was insane. At one point she stopped shouting, looked at me and all of a sudden, smashed her fist and sharp fingernails towards my face. Pretty surprised as something like this had never happened to me before, I could step back a little but not avoid her hurting me in the face, almost breaking my nose and smashing my RayBan glasses with the quick attack. Security ran to the spot and dragged her outside, she still furious. Of course I thought it was better to go home but as I walked outside she was still standing right there, just waiting to attack and hit me again. I had to run back to the bar twice, looking for cover. At one point I asked the security to hold her for a moment. I ran to the taxi as quickly as possible, yelled at him Huai Khwang (where I’ve been living) while she freed herself from the security and started to run after me and the driving taxi.

The second time I made the experience with an extremely angry Thai girl was at around midnight in Huai Khwang, Bangkok. I just went out to buy some snack at the 7-Eleven and just while leaving the shop there was that Thai girl I had sex with just once (wouldn’t even call it a one-night stand as it was during noon). So there she stood in front of me, looking at me and as she remembered she began yelling things like I had never given her money (she didn’t ask for it when we met) and that I should go to hell and stuff. Then she furiously swung her umbrella as if she wanted to beat me up with it. I went back to the 7-Eleven where they had taken notice of the situation as well. An employee went out and tried to calm her down, some of the motorbike drivers came to help too. Yes, that’s right, sometimes even Thai guys help Farangs. As I went out again she still shouted at me bad things but at least that was about it. One of the motorcycle drivers laughed and said to me “mao” means she’s drunk. I guessed so, and she was probably mad about something else and just found a reason in me to express her feelings.