There are several Buddhist holidays in Thailand, and the Makha Bucha Day in February is one of the most important. Most foreigners are quite unfamiliar with this tradition and what it is all about, many don’t even know that it exists and are surprised why the bars are closed and countless of people walking around the temples in the evening.

The story of Makha Bucha (in Thai: มาฆบูชา) is this: There was a special day some 2,500 years ago, 9 full months after the Buddha received enlightenment and 45 years before the Buddhist era. It was the full moon day of the third lunar month. On this particular day, it is believed that four “marvelous events” happened:

Makha Bucha Day is a public holiday in Thailand, means government agencies as well as most company offices are closed while all shopping malls and most retail and department stores remain open. There are big outdoor festivals throughout the day at most temples and this includes a night market as well as people performing the following activities:

Some Thai Buddhists even go as far as staying in the temple for several days while wearing white robes and practicing mediation.

The Makha Bucha Festival in Pattaya

Last Friday was my second Makha Bucha Day in Thailand and I decided to go on a weekend trip to Pattaya. I was surprised as most of the bars including all Go Gos on Walking Street respected the no-alcohol law and were closed (some opened at midnight). However as I walked around town I did spot a few beer bars that served alcohol to guests while playing no music and keeping the lights off.

There was an outdoor market selling the typical range of Thai snacks and drinks and hundreds of people were taking part in the candlelight procession around the Uposatha Hall. They had speakers all over the place and a guy talking in Thai non-stop about all sorts of different topics, even about the protests in Bangkok which didn’t have anything to do with this Buddhist festival. Quite annoying and I think the atmosphere would be so much more authentic and peaceful without that loud voice. But that’s the standard these days, it’s similar at other temples.

Below are some of the photos I took as well as a video that captures the atmosphere quite well. 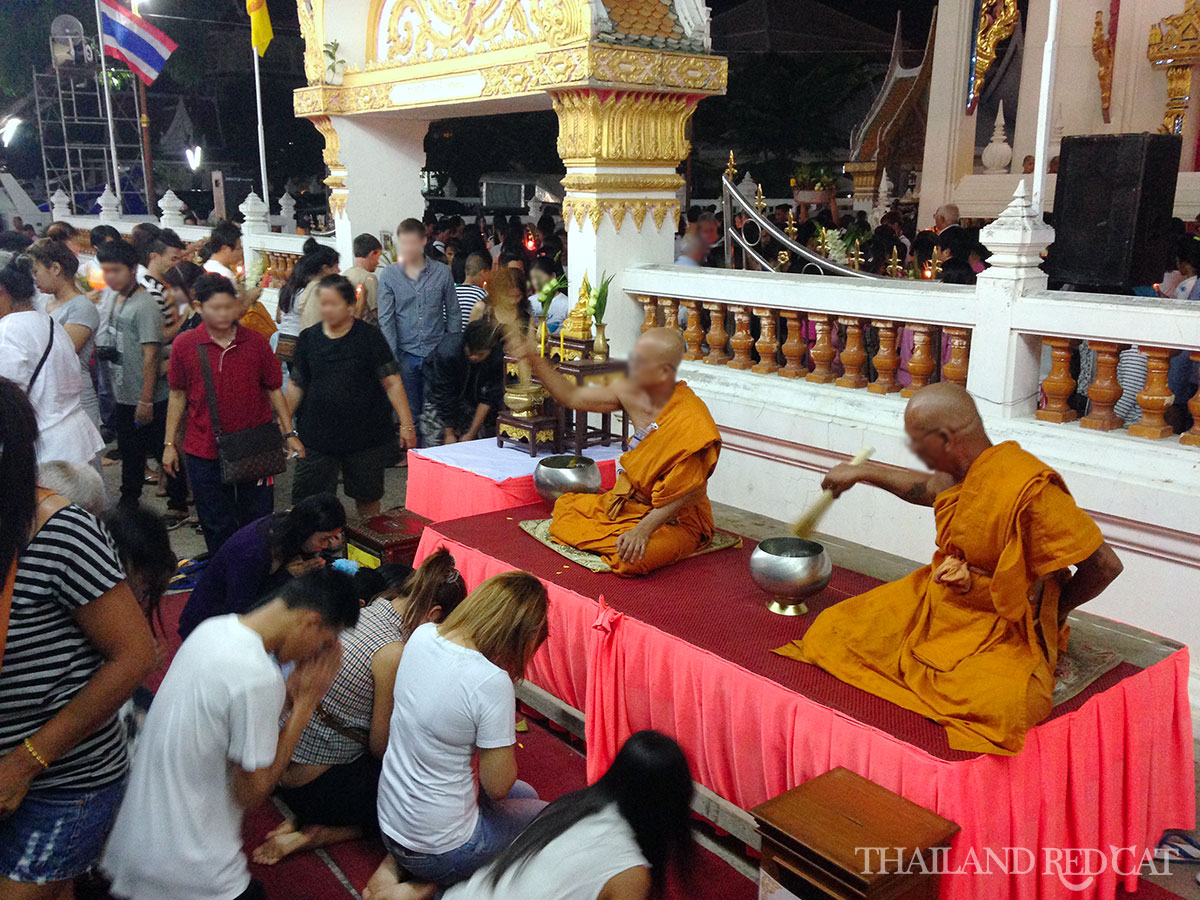 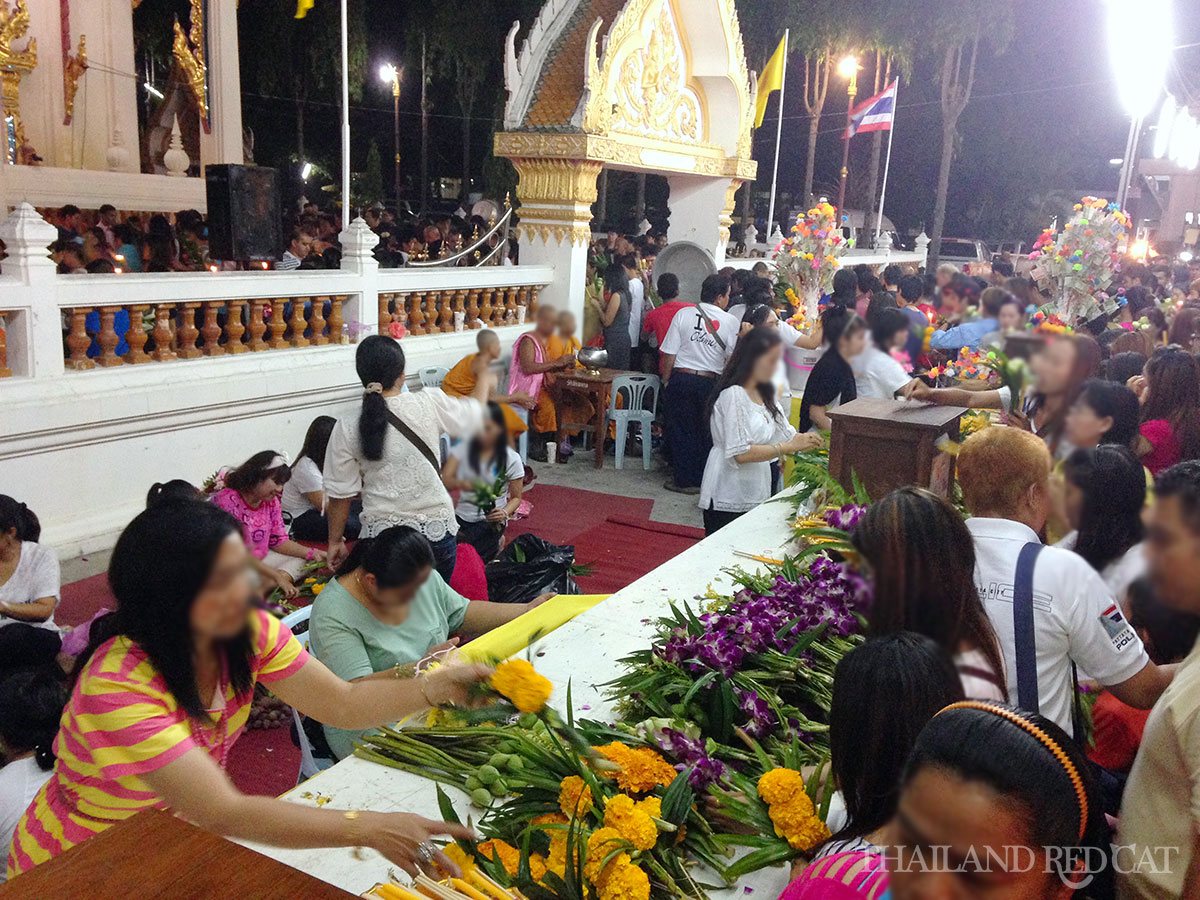