Thailand is known for its beautiful women, sunny beaches and awesome food. But apart from all this, there are definitely many interesting things that you might not have known. So here is a top 10 of the funnies facts about Thailand:

1. Bangkok is the world’s hottest city

Not talking about women here – but of course you could easily argue it is. The average mean air temperature in Thailand’s capital is at 28°C. The hottest months are from March to May with average day temperatures of 34°C and a 90% humidity. Cities in the desert may have a higher daily maximum temperature, however it gets much cooler during nighttime. In Bangkok you can walk around in t-shirts, shorts and flip flops year-around.

Even though they are Asian and you might expect them to eat almost everything with chopsticks, their use is limited to only a few types of noodle soup. Thai people use forks and spoons and in some parts of the country it is still a custom to eat with your fingers, in the case of some traditional northern dishes.

All Thai men used to be expected to become Buddhist monks for at least a short period of their lives. The practice is more limited today, but in the past all men had to do this before they turned 20.

Thai is a tonal language, which means that one word can have many different meanings, depending on the tone it’s pronounced. For example, glâi (ใกล้) pronounced with the falling tone means near, however glai (ไกล) pronounced with the mid tone means far. Another one: lɛ́ɛo (แล้ว) means already, however leeo (เลว) means evil. These kind of confusions frequently put people in funny or embarrassing situations.

While in western countries people usually have toasted bread for breakfast, Thai people have it as a dessert. Their bread is more airy and sweet, so they toast it and serve it with condensed milk or some other sweet topping.

7. The old flag of Thailand showed a white elephant

The current official flag of Thailand was only adopted in 1917. Before that, it showed a white elephant on a red background. The reason for the change was that during a flood a flag was upside down and in order to prevent this from happening again, the Thais decided a new flag had to be created which is symmetrical. 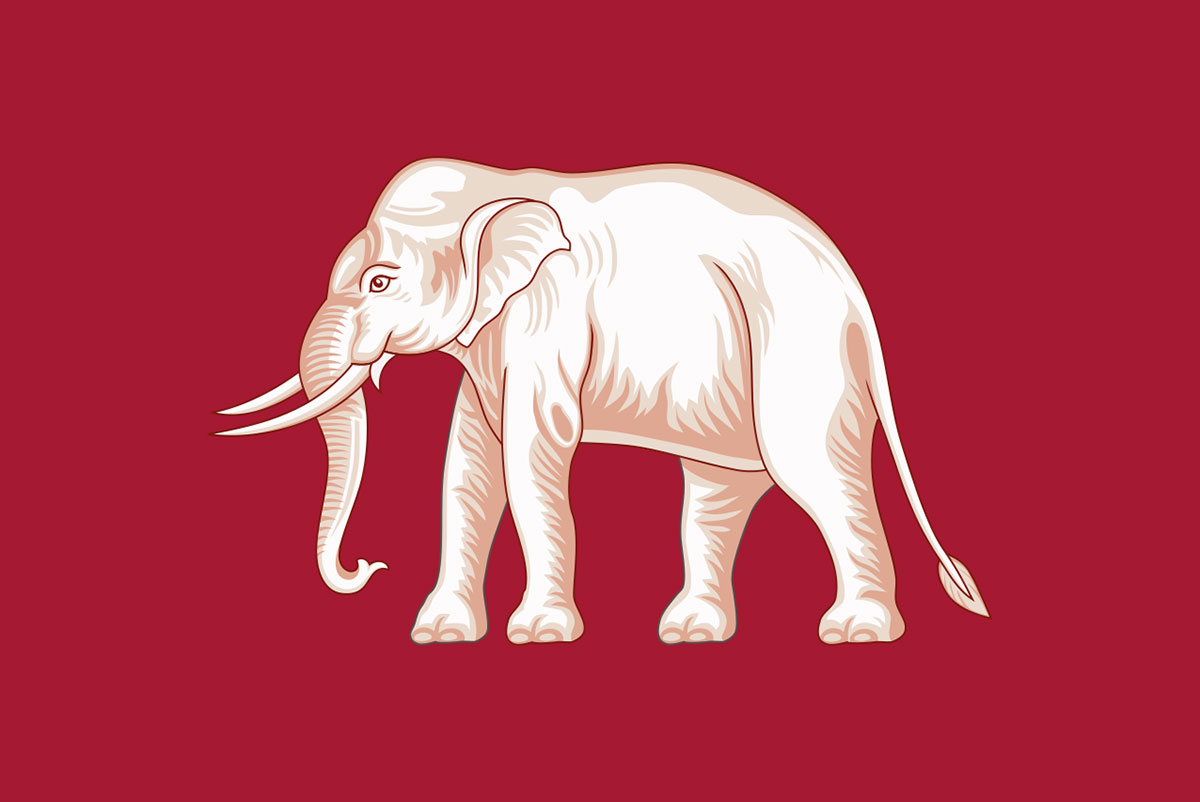 In Thai tradition, feet are considered the “worst” human body part, because they connect us to the ground, which is the cause of human suffering. A person should never point their feet (or finger) to another person or to a statue in a temple, since this is considered as a lack of respect.

Since the head is the most important and sacred part of the body, you should always keep your head lower than the head of someone who is more important or older than you when walking through their field of view. More than that, you should never touch another person’s head in public, not even a child’s head.

10. Thailand is the only country in Southeast Asia that was never colonized

This is one of the reasons (besides their amazing culture) that Thai people are very proud of their country.